﻿﻿King's Castle 70404 – få råd til flere LEGO klodser med Klodspriser
Warning: Use of undefined constant image_count - assumed 'image_count' (this will throw an Error in a future version of PHP) in /var/www/bogpris.nu/klodspriser.dk/detail.php on line 136 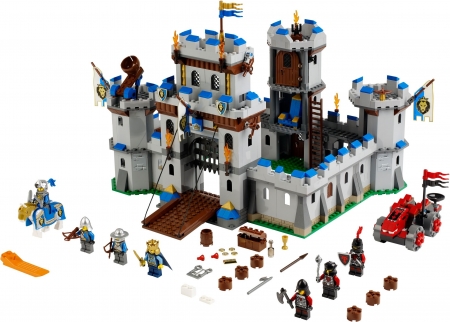 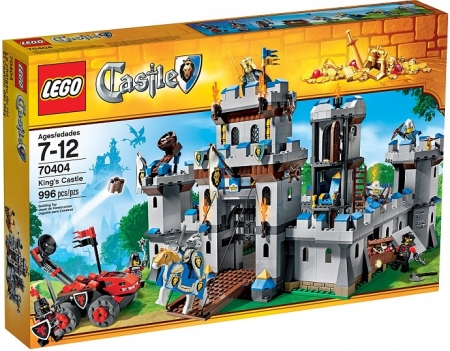 Defeat the Dragon soldiers in the final battle at the King’s Castle!

Protect the King and his people from the Dragon soldiers at the King’s Castle! Fire the catapult, lower the drawbridge, raise the gate and lead the charge with the fearless White Knight on his armored horse! Stop the Dragon soldiers before they use the deadly battering ram and catapult weapon. This fantastic modular castle design features towers, a dungeon, the King’s throne, the knights’ table, a moveable staircase, secret escape door and more. Includes 7 minifigures with weapons and accessories: the King, White Knight, 2 King’s soldiers and 3 Dragon soldiers.